Home » Zimbabwe to embark on mass vaccinations against Wild Polio 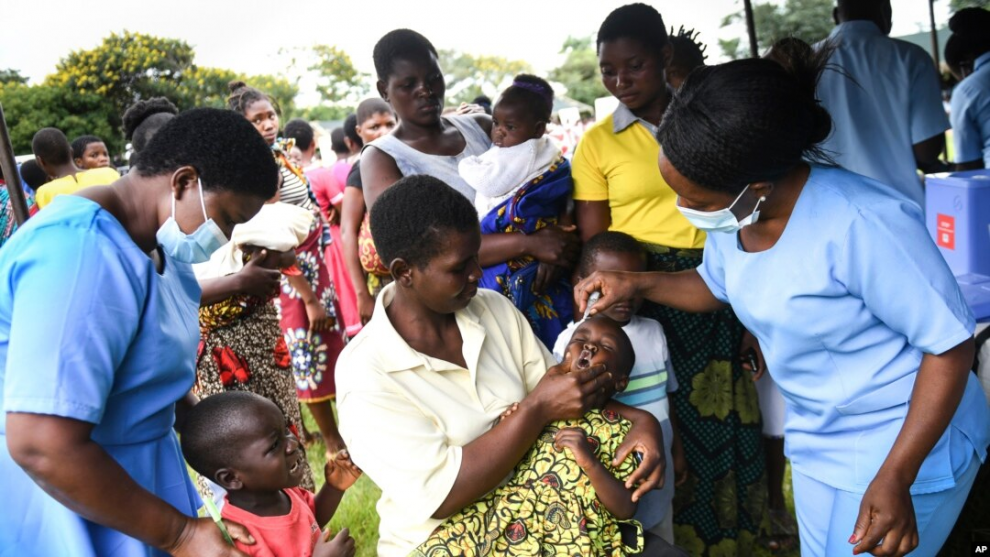 Zimbabwe today joins a synchronized multicountry polio vaccination campaign aimed at protecting children against polio. More than 2.5 million children under five years of age are targeted across the country in the first vaccination round. This campaign is part of a comprehensive response to Polio outbreaks reported in Malawi and Mozambique recently.

The administration of multiple rounds of supplementary doses of oral polio vaccine (OPV) to all at risk children is a cost-effective public health measure to boost protection levels among our children and avert importation of the poliovirus from affected countries noted Dr John Mangwiro, the deputy Ministry of Health and Child Care (MoHCC), during the National Polio Vaccination Campaign Launch.

“In the spirit of leaving no one behind, the ministry and its partners have made significant investments in deploying teams to conduct house-to-house and door-to-door polio mobilisation and vaccination of all children under five years in all areas of the country for the four campaign days. This is in addition to all the health facilities in the country which will also be administering the polio vaccine throughout this period. Further the ministry has planned for special mobile teams to cover all hard-to-reach areas in the country and reach out to all targeted children,” added Dr Mangwiro

The government of Zimbabwe through the MoHCC has already distributed over six million vaccine doses across all 63 districts of the country, with the support of the Global Polio Eradication Initiative (GPEI).

The first round of vaccination will take place over the next 4  days (October 27 -30) with a second round planned for December.

Malawi, Mozambique, Tanzania and Zambia are also currently carrying out coordinated vaccination campaigns, with more than 40 million doses administered during the first three rounds of the exercise, following the detection of the first case of wild poliovirus in Malawi in 30 years.

With the goal of eradicating polio from Southern Africa, Zimbabwe’s health authorities are taking the lead in social mobilization and community engagement to ensure that no child is left behind when the rollout begins. Radio and TV public announcements are ongoing, and the mobilization has been intensified in all provinces and districts.

Coordination meetings are being held in all provinces and pre-rollout activities have been completed, including the training of vaccinators who will go door-to-door explaining the benefits of the vaccine and immunizing all eligible children.

The World Health Organization and other GPEI partners, together with national authorities, are committed across the region to end polio once and for all, as highlighted the WHO Country Representative Dr Alex Gassasira: ¨It is critical that every mother and caregiver, including those in hard-to-reach and most vulnerable communities, are supported so that all children aged below 5 years of age, are vaccinated during this campaign

“While the country remains polio free, we are aware of the risk we face, due to the recent polio outbreak in neighboring countries of Malawi and Mozambique. UNICEF therefore commends the leadership of the Government of Zimbabwe and the support of partners in taking proactive action through the Polio Supplementary Immunization Activity being launched today, to reinforce the immunity of all children less than 5 years across the country”, noted UNICEF Zimbabwe Country Represenative Dr. Tajudeen Oyewale during the national launch of the polio vaccination campaign.

Other critical interventions to keep Zimbabwe free of Polio besides the campaign are strengthening surveillance and routine immunization.

Polio is a debilitating disease that can cause permanent disability and even death. 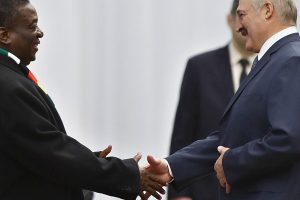