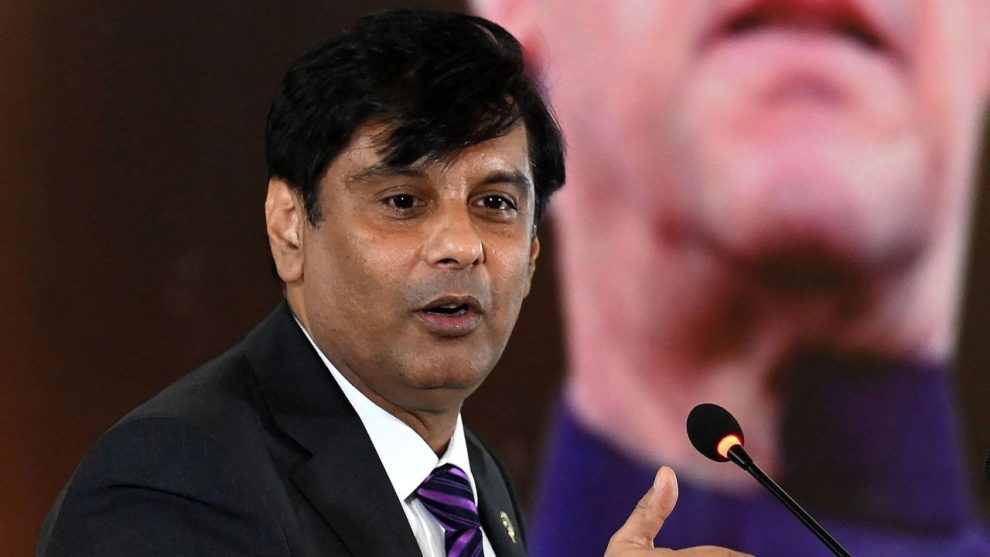 Nairobi, Kenya — When a prominent Pakistani investigative journalist was shot dead by Kenyan police on a dirt road on the outskirts of Nairobi, the questions began swirling immediately.

How did he come to be there? Why did the police shoot at his vehicle? And did his outspoken reporting – often critical of the military establishment that wields considerable power in Pakistan – have anything to do with his death?

One month since Arshad Sharif was killed, Kenyan and Pakistani authorities have not concluded their reports nor have there been any arrests in the case.

Conflicting accounts offered by the Kenyan police and Pakistani authorities have not provided further clarity. First, police said it was a case of mistaken identity. Later, they said shots were fired from the journalist’s car. Pakistan’s interior minister has cast doubt on the police reports, claiming earlier this month that it was a “targeted killing,” adding that more evidence was needed to “to confirm all this.”

Pakistani media have aired various lurid theories about the night Sharif died. Some reports suggested the journalist was tortured for hours before he was shot dead, alleging broken fingers, broken ribs, missing fingernails, and other torture marks.

However, post-mortem reports from separate autopsies carried out in Kenya and Pakistan, obtained by CNN, both concluded that Sharif died from multiple injuries after gunshots to the head and chest. Neither of the reports documented evidence of torture.

Pakistani media have alleged his fingernails were removed by torture, but it’s standard in Kenya to extract fingernails in an autopsy for DNA, Dr. Ahmed Kalebi, an independent pathologist in Nairobi who has reviewed both reports told CNN.

The conflicting stories have sown doubt and frustration for Sharif’s family, who are skeptical they will get answers to the mystery of his death.

“I have no faith in the Pakistani government,” his mother, Riffat Ara Alvi told CNN in a video interview.

She said she wrote a letter to Pakistan’s Chief Justice this month imploring the Supreme Court to set up a judicial commission “to determine the real motive and identify criminals behind this heinous crime.”

“It’s not possible to get justice in Pakistan and in Kenya. I know that. But I request all the international journalistic organizations and United Nations to investigate this killing,” his widow, Javeria Siddique told CNN.

CNN has contacted Pakistan’s high commission in Nairobi for comment on the case.

In his home country, Sharif was a critic of the Pakistani military and an ally of former prime minister Imran Khan, who was ousted in April after a no confidence vote in parliament. Sharif’s vocal opposition to the current administration earned him many enemies and his family and friends say left the journalist so terrified for his life, he fled the country.

He also faced sedition charges for allegedly criticizing state institutions and “abetting mutiny” within the military. Former Prime Minister Khan described Sharif, 49, as “one of the best investigative journalists in Pakistan,” and told CNN on November 7 that Sharif had exposed a plot against him, without giving further details.

“This guy was exposing this whole plot against me. He was hounded out of Pakistan,” Khan claimed.

Khan was himself shot at a political rally earlier this month and his party called the attack an assassination attempt by establishment figures – which has been vehemently denied by the government and security officials.

Sharif left Pakistan a month after writing to Pakistan’s Supreme Court and to the president, according to letters obtained by CNN, notifying them of threats against his and other journalists’ lives. “Journalists in Pakistan are subjected to charges of sedition and terrorism to stifle dissent and criticism against the powerful elements of state. It appears that a reign of terror has been unleashed against the media persons who have independent opinions,” he wrote.

He had initially gone to Dubai but was forced to flee again due to “harassment by Pakistani officials,” the associate said.

Pakistani investigators traveled to Dubai the week of November 14 to probe Sharif’s stay there, according to sources familiar with the investigation. The team questioned Sharif’s contacts and hosts there, as well as the owner of ARY television, the station Sharif worked for and their investigation is ongoing, the sources said.

With limited country options for obtaining a visa after he was expelled from Dubai, Sharif traveled to Kenya, one of the few countries he was able to get a quick e-visa with his Pakistani passport, according to his close associate.

Sharif landed in Kenya around August 20, according to his wife and a close associate, where he quietly lived his life mostly in hiding, for two months – always in fear of being attacked, his friends and family said.

“He had never disclosed his location to all of us- his family, his mother, to me. He was saying that I’m hiding somewhere because I’m not feeling safe and they are going to assassinate me, so I’m not going to tell you where I am right now,” his wife Siddique recounted.

Siddique, 35, told CNN he sent her a text message to let her know he was in “far, far away jungles.” However, it wasn’t until news of his killing emerged that Sharif’s mother and wife came to learn he had been in Kenya.

“He was so kind-hearted, and generous, and he was a brilliant photographer. We did photography together,” Siddique said.

When Sharif was in Nairobi, he would rarely leave the apartment he was staying in, out of fear of being recognized, his close associate told CNN.

However, during his two-month stay, he traveled to the outskirts of Nairobi to a shooting range and lodge called Ammodump more than once, according to people with knowledge of the matter.

On the day he died, Sharif had spent time at a bonfire and barbeque happening near the camp, according to a staff member who did not want to be named.

After dinner, Sharif and the brother of the owner of Ammodump left together, the staff member said.

Police arrived at the crime scene, some 25 kilometers (15 miles) away from the site of the shooting where Ahmad finally stopped, after 10 p.m. local time, said the detective who declined to be named as he was not authorized to speak to the media.

That same evening, police were on the lookout for a reported stolen vehicle, a Mercedes-Benz delivery van, according to an initial police report. Sharif and Ahmad allegedly drove past a makeshift roadblock in a Toyota Land Cruiser which the police mistook for the missing vehicle and opened fire, killing the journalist, the police alleged.

Four police officers were manning the roadblock, including officers from Kenya’s elite police unit, the detective said. All were standing on the driver’s side of the car when the shooting took place. The driver was not injured in the gunfire, he added.

In a follow-up report, police said the first shots came from the car – hitting a police officer in the hand in the process – and police returned fire, shooting the car at least nine times.

“We are not investigating the prior events of this incident, or the prior movements and patterns of movements of this Pakistani journalist,” Elema Halake, CEO of IPOA, said. “Our mandate specifies that we only investigate the circumstances of the shooting.”

Theories about his death

Sharif’s death remains a hot-button issue and continues to spark outrage online. Tens of thousands of mourners flooded the streets of Islamabad to attend Sharif’s funeral in the city’s largest mosque in late October, chanting “Arshad, from your blood, revolution will come.”

Several theories about his death have been circulated ​on social media, including by opponents of the Pakistani government and the Pakistani military who accuse them of plotting his death.

Separate investigations by Kenyan and Pakistani authorities are ongoing and in an unprecedented move, Pakistan’s intelligence chief addressed the media about Sharif’s killing last month, on the day of his funeral.

“I have come for my agency whose officers are working day and night around the globe, I cannot remain silent when they are targeted,” Chief Lt Gen Nadeem Ahmed Anjum said in a press conference.

He called Sharif a “martyr” who had “no threat to his life in Pakistan.”

Pakistan’s Supreme Court acknowledged the receipt of Sharif’s letter to CNN by a text message and said it was “being dealt with by following a due legal process.”

While Pakistani President Arif Alvi said he had written a letter to the prime minister in July regarding the letter he received from Sharif, “for necessary action as per law,” in a media briefing on November 16, according to a press release from his office.

As the investigation gathers pace on different continents, his widow Siddique is left to pick up the pieces and come to terms with his devastating loss.

“I miss his smile, his voice, his presence,” she told CNN. “He was a great man, he was not only a great journalist, but he was a very loving person,” she remembers. “I lost a gem.” 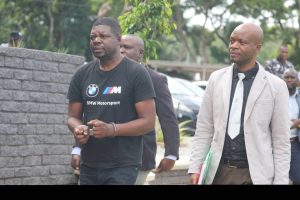