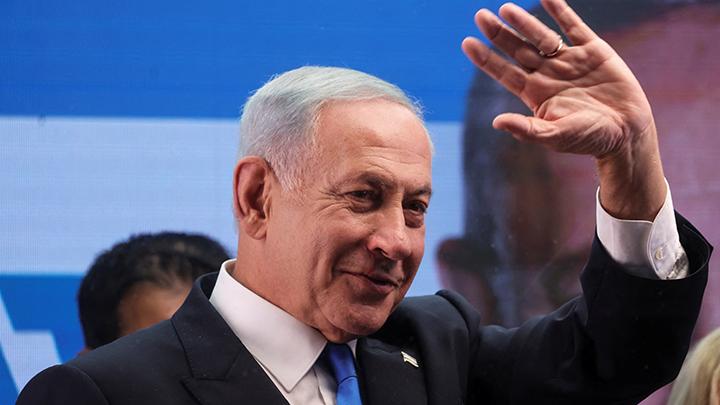 Following the Israeli election victory, former Israeli Prime Minister Benjamin Netanyahu will have less than one month to form what the world estimated to be the most right-wing Israeli government in history.

Final election results announced last Thursday show that Netanyahu and his ultranationalist allies won 64 seats in the 120-seat parliament, with 32 seats going to Netanyahu’s party Likud, 18 for ultra-Orthodox parties and 14 seats to his coalition partners, the Religious Zionism party.

The election day, which was held two days prior the announcement, was held against a backdrop of soaring violence across Israeli-annexed east Jerusalem and the occupied West Bank. The election was marked by the highest turnout since 2015. The Central Election Committee said 71.3% of eligible voters cast their ballots, which was more than in any of the last four elections that produced stalemates or short-lived governments.

His opponents in the current coalition, led by Yair Lapid, the centrist current prime minister, won 51 seats, with the remainder held by a small unaffiliated Arab party. Lapid congratulated Netanyahu and instructed his staff to prepare an organised transition of power.

With Netanyahu back at the helm, there are many questions about how Israel’s policies will look regarding several regional issues, such as Iran’s nuclear ambitions, the Israeli-Palestinian relationship, the rapprochement with Turkey, relations with the Gulf States, and the prospect of normalization with additional Arab countries. Israel’s ties with countries in the region will also depend on Netanyahu’s ability to control his partners in the coalition, particularly the far right leaders of the Religious Zionism party, Itamar Ben-Gvir and Bezalel Smotrich.

In almost all the governments that Netanyahu has led, he had at least one party on the left and another on the right. This time is different because he is the furthest left in his government, which put him on a weaker position compared to his earlier governments.

Netanyahu, who was prime minister for 12 years between 2009 and 2021, owes the Religious Zionism party for its support, after he was abandoned by former allies, such as Naftali Bennett. The Religious Zionism party has said that if it comes into government, it will work to remove the offence of “fraud and breach of trust”, which is among the crimes Netanyahu has been charged with.

When asked by CNN about the fears of him leading a far-right government if he returns to office, Netanyahu responded with an apparent reference to the Ra’am party, which made history last year by becoming the first Arab party ever to join an Israeli government coalition. “We don’t want a government with the Muslim Brotherhood, who support terrorism, deny the existence of Israel and are pretty hostile to the United States. That is what we are going to bring,” Netanyahu told CNN at his polling station in Jerusalem.