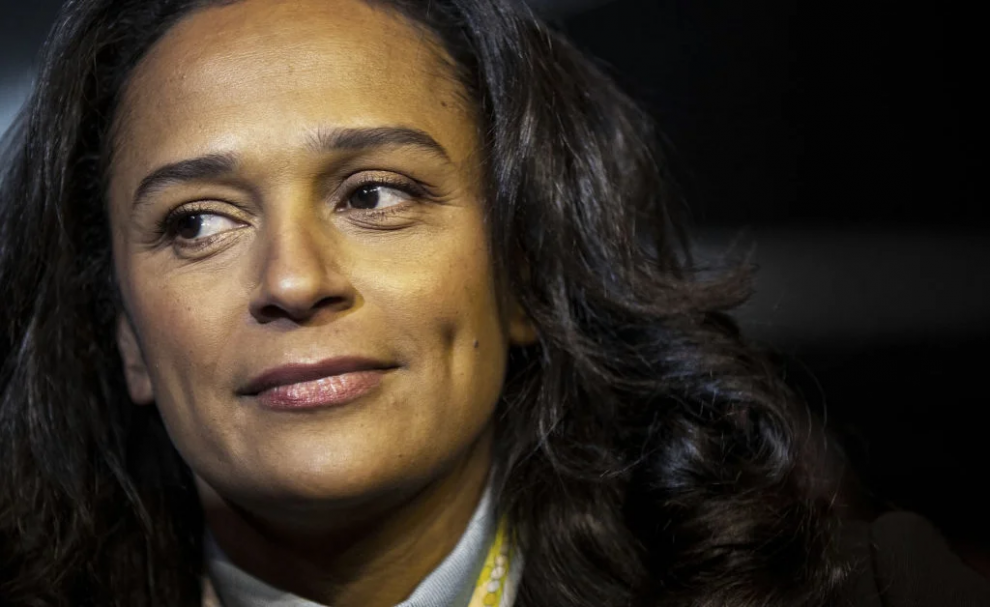 From the red carpets of Hollywood to the Cannes film festival, Fawaz Gruosi is one of the world’s most famous jewelry makers.  Gruosi, the founder and creative force behind jeweler De Grisogono, has created dazzling pieces for celebrities such as Sharon Stone, Natalie Portman, and Selena Gomez and became a celebrity in his own right, hosting glamorous birthday bashes and, by some accounts, the most exclusive party in Cannes.

However, there is a darker side to the famed jeweler’s glittering empire, which in recent years has been on the verge of collapse and criminal prosecution.  A global investigation by investigative journalists, working in partnership with Angolan law enforcement, has revealed that De Grisogono was part of a vast money laundering scheme perpetrated by Isabel dos Santos, daughter of the late Angolan president Jose Eduardo dos Santos and the richest woman in Africa.  According to this investigation, the “Princess of Africa” was not only one of De Grisogono’s best clients, she was also the hidden owner of Gruosi’s company.

Isabel dos Santos has faced accusations of corruption since her father retired from Angola’s presidency in 2017. Around that time, without her father’s protection, the incoming Lourenco government began investigating and attempting to prosecute her for corruption and stealing assets from the Angolan people.  Her assets and corporate shareholdings in Angola were frozen on 30 December 2019, at which point she fled to the UAE, where it is said she still resides.

Angola then launched an international effort to find and seize her assets. In November 2022, Interpol issued a “red notice” warrant for dos Santos, and on 19 December, Angolan courts moved to formally seize her assets.

Dos Santos has denied the embezzlement charges and claims she is the victim of a political “witch-hunt”.

Conspicuously absent from these seizures, however, are the assets that dos Santos acquired through her control of Sodiam, the Angolan state-owned diamond company.  These assets include her ownership of De Grisogono, which she allegedly used as a vehicle to move precious stones and cash out of Angola. The Angolan government has been working to quietly return these assets to the state since 2019.

In 2012, Isabel Dos Santos and her late husband, Sindika Dokolo, acquired a majority stake in De Grisogono.  They acquired the stake jointly with Sodiam, which they also controlled, through a series of holding companies registered in Malta, Spain, and the Netherlands.

The De Grisogono deal is one of many that have been investigated by the Guardian, the BBC, and other partners as part of the Luanda Leaks project, coordinated by the International Consortium of Investigative Journalists (ICIJ).

According to the ICIJ’s “Luanda Leaks” investigation, although De Grisogono was not profitable, Dos Santos funded Gruosi’s business operations and lavish parties while giving him access to diamonds from Sodiam at deeply discounted prices.

During this time, Gruosi made the most of his access to these discounted gems and excess funding, creating haute joaillerie pieces for Hollywood elite while building his own celebrity status.  Buoyed the dos Santos acquisition of De Grisogono, Gruosi’s lifestyle was as lavish as the gaudy jewelry he created. In addition to his celebrity clients, he partied with more notorious criminals and sex offenders like Harvey Weinstein, Jeffrey Epstein, and Ghislane Maxwell.

However, in 2018, in the wake of the newly elected Lourenco government’s anti-corruption efforts targeting dos Santos, Gruosi began a period of quiet transition away from De Grisogono.  He officially departed De Grisogono at the beginning of 2019, and the stricken company declared bankruptcy a year later.

In the wake of the bankruptcy, documents recovered from Sodiam suggest that De Grisogono owed Sodiam at least $200 million (147 million from an original loan and 53 million in interest).

Isabel, who fled to the UAE, reportedly resides in the Bulgari hotel near Jumeirah beach in Dubai, near where her late husband died in a suspicious diving accident in 2020.

So, it is only fitting that Gruosi also received a “golden parachute” from the Emiratis as part of his deal in the form of a new patron, the UAE-based Damac Group real estate conglomerate.  On 30 March 2020, just two months after De Grisogono declared bankruptcy, the Damac Group quietly relaunched De Grisogono in Switzerland.  In June 2021, the jewelry company’s name was changed to De Grisogono Swiss SA.

However, the new partnership did not become public until 2022 when two remarkable events occurred.  In March, Hussain Sajwani, the billionaire head of the Damac Group, made a highly publicized visit to Angola, promising hundreds of millions of dollars in new investments.  Two months later, Damac Group publicly announced its acquisition of De Grisogono, including plans to launch two new luxury real estate projects in Dubai—Safa One and Safa Two—inspired by Gruosi’s jewelry designs.

Of course, no one is talking about what this sudden rescue of Fawaz Gruosi might mean in the ongoing effort to repatriate Isabel’s stolen assets – not the Emiratis, not the Angolans, and certainly not Gruosi.  But it certainly cannot be a coincidence that Damac Group promised to share its riches with the Angolans just before rescuing Isabel’s favorite jeweler from financial ruin and, likely, criminal prosecution.  There is nothing like a few hundred million dollars in investment to ease hard feelings.  And Gruosi has the opportunity to dazzle a new wealthy Emirati clientele.