In our series of letters from African journalists, Sudanese writer Zeinab Mohammed Salih samples some rhythms with a political agenda from Sudan’s Red Sea state.

But the musician, better known by his stage name Noori, does not want his electrifying sound just to be a matter of historical record of the time in 2019 when long-time President Omar al-Bashir was ousted after mass protests.

For him the international release of the album by New York-based Ostinato Records is a continuation of his Muslim nomadic community’s resistance against successive regimes in Sudan.

The Beja people come from eastern Sudan, living between the mountains and the Red Sea coast, an area which is rich in gold and other resources but with little to show for it.

“Through music, I’d like to reflect my culture and to let people know about us and about our plight,” the 47-year-old told me as he sat on the west bank of the River Nile in Omdurman, the twin city of Khartoum, Sudan’s capital.

As he spoke, he clutched what many see as the secret of his success – his electric “tambo-guitar”.

It is a hybrid instrument – his invention – combining the neck of an guitar with a traditional four-stringed tambour.

Noori started his musical career in Port Sudan, the capital of Red Sea state, at the age of 18 in the early years of Bashir’s rule.

It was a time when the Beja people felt neglected – and like many other communities in the country – squashed by the Islamist government.

Its attitude was summed up by Bashir after the secession of the mainly Christian and animist area of South Sudan in 2011.

He told a rally that without the south, Sudan could now be a country with one identity – Arab – and one religion – Islam.

During Bashir’s nearly three-decade rule, the Beja’s language – Bidhaawyeet – and their culture were repressed.

“In the past we didn’t have access to the platforms that are now available to perform, only Arabic music was allowed,” explains Noori.

“We were told that we don’t want music and songs in non-Arabic language. At some of the festivals, they used to tell us that our language wasn’t understandable.”

The Red Sea region, like elsewhere in Sudan, has had some armed opposition groups – and there have also been deadly clashes with communities living in Kassala state to the south, violence some suspect of being orchestrated to stop a united opposition.

“I also play a role in stopping the tribal conflict that’s been going on in eastern Sudan, by playing my music,” said Noori.

The main point of contention for Beja community leaders is that they want a say over how their state is run – something, they say, the short-lived post-Bashir transitional government ignored as did the junta that took power just over a year ago.

Before the coup, the Beja began organising crippling protests at the busy port in Port Sudan, from where the country’s oil is exported, to drive home their demands.

They are also angry about a plan to build a new port, in partnership with the United Arab Emirates (UAE) 200km (125 miles) north of Port Sudan which would see Beja people moved from their land.

In November, Beja community leaders said they had lost patience with Khartoum over negotiations on the future of their region and announced they were setting up their own provincial government.

Noori, who wants to promote understanding, formed his band, Dorpa – meaning “mountains”, in 2006 with other musicians from marginalised communities.

One is conga player Mohammed Bilal from the non-Arab Angsana community in the Blue Nile state, who understands Noori’s passion.

“People don’t know much about the Beja people with their long history,” the drummer said.

“I believe what we are doing now will let them know, will bring some light to them… their area is just so poor despite being rich in its resources.” 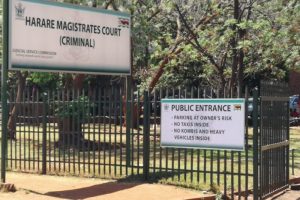