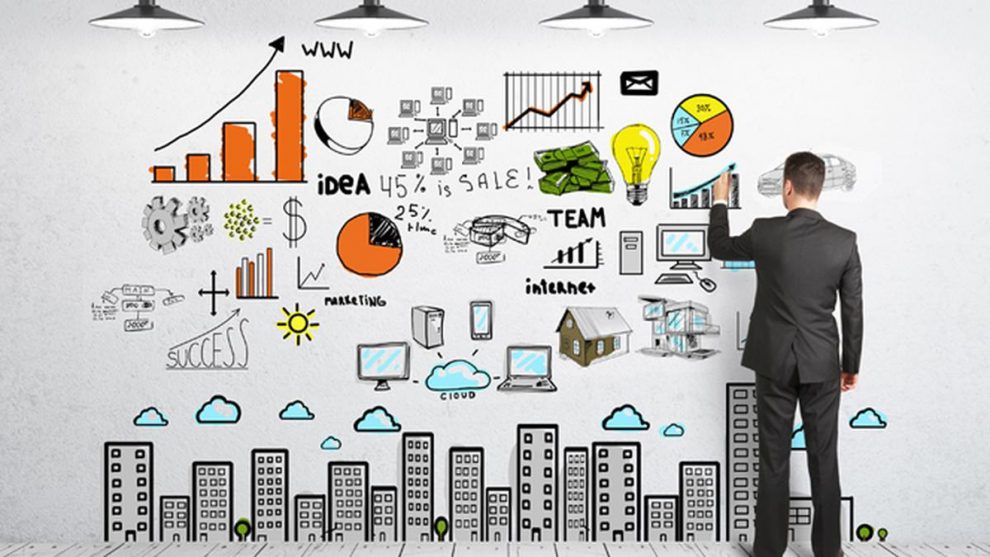 But in the world’s poorest continent, green tech fulfils different needs. Africa is responsible for just 3.8% of annual global carbon emissions and most of its population has a minuscule environmental impact. The main challenge, then, is how to adapt to an already-changing climate while developing its economy sustainably. It’s one a new crop of tech founders is facing head-on.

“People really are starting to connect the dots on how technology can help them navigate the impact of climate change,” says Brian Bosire. A serial entrepreneur at just 27, he has founded three technology-led companies in his native Kenya.

The newest, HydroIQ, addresses the pressing problem of unreliable water supplies. Kenya is in the grips of its worst drought in 40 years, yet poor infrastructure means half of its piped water is lost. As a result, millions in Nairobi pay monthly water bills that average 11% of household income, but “two, three days a week there is no water coming out of the taps,” Bosire says.

To remedy this, HydroIQ’s technology monitors water networks to identify leaks, predict demand and give utility companies and consumers more accurate billing information. Backed by Techstars, Partech Partners and Google for Startups, it has already expanded to Guatemala, with Nigeria and South Africa lined up next.

“Water is a critical resource, and it always elicits some emotions, especially when you’re trying to change how things are done,” Bosire says of the regulatory hurdles he’s faced along the way. “But there’s something really special that comes with connecting with a problem that you have lived with literally all your life and designing a solution that works.”

Inspiration was also hard-won for Ghana-born Nthabiseng Mosia, co-founder and CCO of solar energy company Easy Solar. She experienced regular rolling blackouts while at high school in South Africa. “The first time you realise something is a privilege is when you don’t have it,” she says.

Mosia went to graduate school in the US to learn to build large-scale energy projects but changed tack when she met her two co-founders, one of whom had lived and worked in Sierra Leone. Back in 2015, 95% of the West African country’s non-urban population did not have access to electricity. “We thought that was just not okay – we truly believe energy is a universal human right.”

But with the economy struggling to recover after an Ebola epidemic, grid electricity was a far-off proposition. “There had been promises of electricity coming into villages for five, 10 years,” Mosia says. “A lot of people had seen projects come and go. There was a deep sense of distrust.”

Easy Solar stepped into that gap by selling modular ‘plug and play’ solar kits. These range from simple solar torches right up to roof-top panels that can power fridges and TVs. To keep it accessible, most are sold on a rent-to-buy basis. Customers often start by financing a cheap, basic kit and then add upgrades as they pay it off.

The company is expanded into neighbouring Liberia and has already brought energy access to 720,000 people. With 60% of Africa’s population still without electricity, it’s a potentially huge market and one several similar companies in other countries, including Solar Now in Uganda and Oolu in Senegal, are addressing.

Could this be a sign of Africa “leapfrogging” the West to develop its economy without burning carbon? Mosia is unsure. “I feel that we have the benefit in Africa of looking forward and backwards at the same time,” she says. “But it’s unfair to expect us to follow a model that nobody has ever done and rise above a problem we didn’t create.

“Not every African country can build [solar] projects at scale. And there are entrenched interests in oil and gas. But instead of being frustrated with that, I look at what is the least costly, fastest way to make sure nobody’s left behind. And that happens to be solar. So it’s a win-win.”

Laila Ayman, the 23-year-old Egyptian founder of BioPre, spotted another win-win while working in agriculture following her biomedical degree. She discovered that much of the huge volume of waste produced by the country’s thriving farming sector is simply burned. Meanwhile, Egypt is one of the region’s biggest plastic polluters.

Ayman developed a method to extract polymers from discarded materials such as lobster shells, potato starches and corn husks and turn them into biodegradable food packaging. “The vision is to make bio-based materials that challenge the dominance of conventional plastic,” she says. “I’m really passionate about waste management and recycling, a completely closed loop where everything has another life.”

BioPre plans to pay small farmers for their waste and Ayman hopes this could boost the profile of environmental issues in Egypt. “I’m hoping we can alter the narrative to match developing countries and people who do not know what big words like ‘sustainability’ and ‘biodegradable materials’ mean. We want to use a different tone of voice: your waste has a role to play and can make you money.”

Perhaps unsurprisingly for a continent where 61% work in farming, agritech is one of the most thriving areas for climate technology in Africa. It’s also at the sharp end of climate adaptation efforts: as the weather becomes less predictable, people’s income and food come under ever-greater threat.

Mali-headquartered OKO is one of several startups working to smooth out the changing conditions. The company uses satellite and sensor data to track weather patterns and automatically compensate smallholder farmers for crops ruined by flood or drought.

“Farmers who have insurance are more climate resilient,” says Simon Schwall, the company’s Luxembourg-born, Tel Aviv-based CEO. “After a bad season, when they don’t have the income that they expected from their harvest, they can count on an alternative source of funding.”

To date, OKO has paid around 3,000 farmers in Mali, Uganda and Côte d’Ivoire who previously might have been forced to sell their equipment, borrow money or even take their children out of school to make ends meet.

Its platform is built on mobile payments technology, which lets people without bank accounts or internet access pay for goods using even ‘dumb’ phones. The technology is booming in many African countries to the extent that ATMs are being removed from the streets in Kenya, home of market leader M-PESA. But Schwall stresses that there is still a long way to go when it comes to technology uptake in OKO’s impoverished markets.

“The fact that it’s available doesn’t mean that people know what insurance is or know how it works,” he explains. “A lot of farmers in Mali are illiterate, so we need to combine this technology with human presence. We have local field agents that go from farm to farm to help onboard our customers. It’s a very demanding task because we need to educate first.”

Education is not just for customers, however. Despite raising $2.1m (£1.8m) from the EU, Techstars and the Israel Innovation Authority, Schwall says attracting funds has been a struggle. “A lot of investors are not comfortable investing in Africa. They don’t have the metrics to analyse companies here, they don’t know what level of risk they’re taking.”

According to PwC, just 0.2% of global climate tech deals in 2021 were inked in Africa – compared to 93% in the USA, China and Europe. Outside the ‘Big Four’ markets of Egypt, Kenya, Nigeria and South Africa, attracting funding is even harder. In some cases, startups may partner with multinationals to help improve their supply chain sustainability (beer giant AB InBev works with both OKO and HydroIQ). Money can also come through climate finance pledges or institutions such as the African Development Bank.

But there remains “a really massive capital gap that funders across the capital spectrum need to step up to fill,” says Scott Onder, chief investment officer at Mercy Corps. The humanitarian NGO established an impact investing wing in 2015 to address issues like climate resilience, backing companies in sectors such as flood forecasting (Cloud to Street), reforestation (Open Forest Protocol) and crop insurance (Pula).

Onder agrees that many foreign investors do not understand Africa well. “You really do need to have local investors that understand the market conditions, the regulations, the tech infrastructure and how they differ market to market.”

There are a handful of Africa-focused funds, including Africa ClimAccelerator and Growth Africa, but “getting financial support locally is really challenging,” says Bosire. “Investors are still more into financing traditional businesses, rather than new technologies.”

Could COP27 change that? Ayman says none of the Egyptian cleantech startups she knows were even invited to the conference. Currently, fintech is eating up all the attention – and cash – in Cairo’s startup community. However, “I’m finally starting to see incubators and business accelerators that have a section for green or clean tech startups,” she says.

Schwall says the trend-led nature of many startups can sometimes be an advantage when he pitches investors. While in the west, fads like electric scooters or rapid grocery delivery come and go, in Africa, “we’re dealing with a huge market of millions of people who need a solution,” he argues.

“It’s not going to go away anytime soon. We need to produce more food. We need to secure the incomes of rural populations around the world. So even if it might look like a small business today, the potential is almost unlimited.”