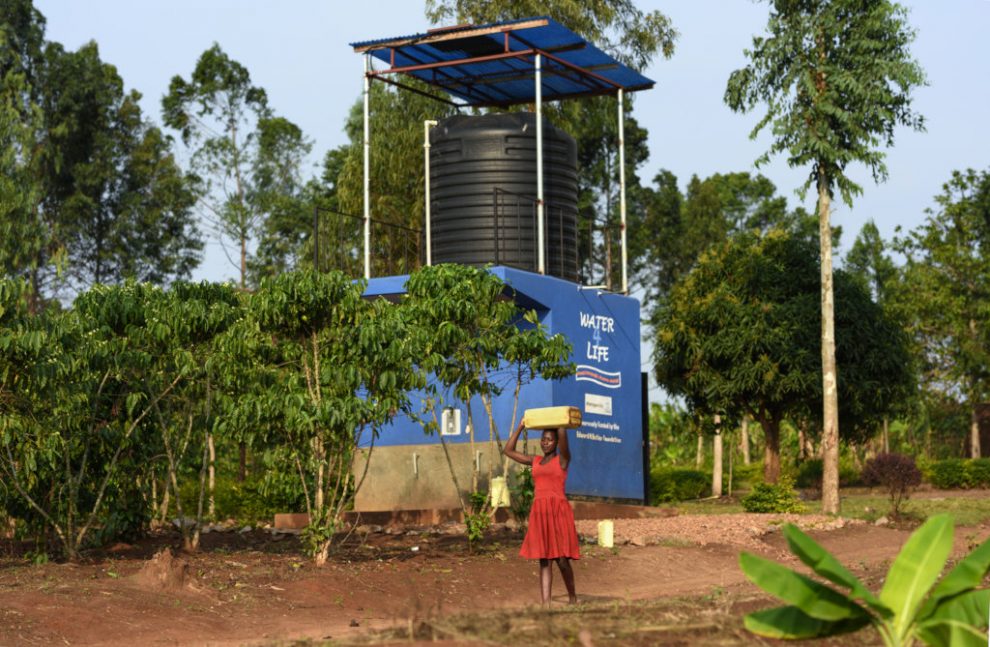 In collaboration with the government of Zimbabwe, 61 solar-powered water systems have been installed in Harare by the African Development Bank (AfDB) and the United Nations Children’s Fund (UNICEF). The initiative will enable the capital’s residents to cope with extreme weather events.

With a component dedicated to combating the effects of climate change, the project launched in 2020 in Harare, Zimbabwe, by the government and its partners, the African Development Bank (AfDB) and the United Nations Children’s Fund (UNICEF), has relied on renewable energy to provide an alternative water supply system for vulnerable communities.

In a note published on 17 November 2022, the AfDB and UNICEF said that 61 solar-powered water systems had been deployed, 164 boreholes had been rehabilitated and 15 new water points had been dug, benefiting 854,975 people. As part of the project, 10,000 WASH kits were also distributed to beneficiaries, with priority given to people with disabilities or living with HIV/AIDS. And the health and hygiene messages delivered through the project have targeted more than 1.8 million people, according to the two organisations.

The project by the Zimbabwean government and its partners comes against a backdrop of persistent water shortages in many areas in and around Harare, including the town of Chitungwiza. The combined production capacity of the two water treatment plants in the city (Morton Jaffray and Prince Edward) of 704 mega-litres/day cannot meet the demand of some 800 mega-litres/day to supply about 4.5 million people. In fact, current production is even lower, at 500 mega-litres/day. And the quality of the water has deteriorated, due to power cuts that affect the water treatment capacity.

In the absence of alternatives, many Harare residents have fallen back on unsafe water sources, exposing themselves to the risk of water-borne diseases (diarrhoea, cholera, dysentery, typhoid, etc.).

This water stress is mainly caused by global warming. As a result of prolonged droughts, the environment of the Chivero and Manyame watersheds, which supply the city’s two drinking water stations, has deteriorated (increased surface runoff, soil erosion, siltation of lakes, among others). According to the government, these water bodies have declined in volume by 6% and 10%, respectively, from their original capacities.

One of Oxfam’s latest reports, “Hunger in a Warming World”, states that Zimbabwe is one of only seven of the 10 African countries identified as being most at risk from climate change worldwide. The southern African country ranks second in the Global Climate Risk Index 2021. And according to the latest projections, Zimbabwe is likely to continue warming by 2080 if nothing is done.