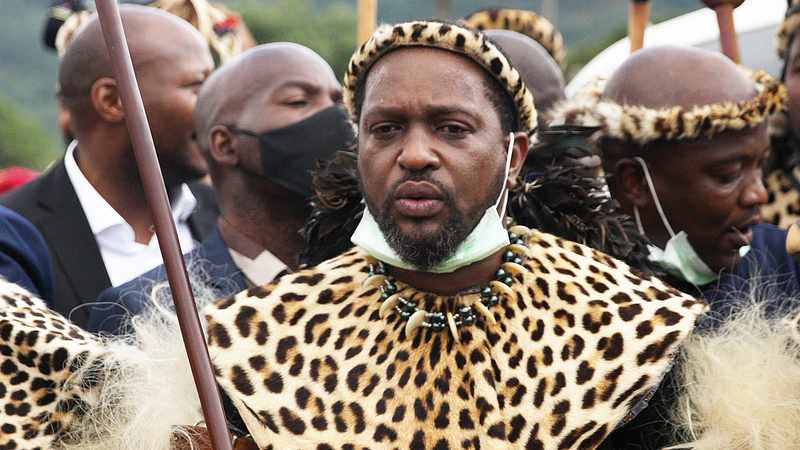 A new Zulu king has been crowned at a historic event attended by thousands in South Africa’s coastal city of Durban.

King Misuzulu ka Zwelithini was formally acknowledged as monarch by President Cyril Ramaphosa, who gave him a certificate of recognition.

The ceremony was the first Zulu coronation since South Africa became a democracy in 1994.

It ends a long and bitter tussle to find a successor for King Goodwill Zwelithini who died last year.

He was the longest-reigning Zulu monarch, having served on the throne for almost 50 years.

He had six wives and at least 26 children.

The sudden death of King Misuzulu’s mother – a month after being named Queen regent, following her husband’s death – further deepened a power struggle in the royal court.

Prince Bambindlovu Zulu told the BBC that he believed that his brother would unify the monarchy and his people.

“Our parents would be proud of this moment,” he said. “I think he will be a great king.”

In his first speech after his coronation, King Misuzulu said that he had embarked on a journey with the community and hoped to be a “catalyst” to bring about positive change.

“I understand that history has chosen me at this time when the Zulus are facing several challenges at this time,” he said. “The challenges are poverty, unemployment, a trust deficit in government and traditional leadership, climate change and food insecurity.”

President Ramaphosa quoted Shaka Zulu, the community’s most influential 18th Century leader, saying: “He, Emperor Shaka, would say: ‘On my right is the nation, on my left are my clansmen, this is the bond that binds us together’.

“Your majesty, you are the bond that binds the Amazulu nation together.”

Celebratory songs, chants and dance accompanied every speaker at the event, which was marked with a mix of traditional Zulu culture and Christian prayers.

The coronation took place days after the US warned of a risk of a terror attack in the country.

Several local and foreign dignitaries were among tens of thousands of people who attended the ceremony at the Moses Mabhida Stadium.

The last coronation took place on a rainy day back in 1971 under the apartheid government, when King Goodwill Zwelithini ka Bhekuzulu was crowned.

Then, as now, South Africa’s traditional leadership was regulated by the government. But the white-minority authorities at the time expected the young monarch to wear Western attire.

He attended the event in a suit – with a leopard skin sash the only nod to Zulu culture.

In contrast, Saturday’s event on a hot sunny day featured an ostentatious display of Zulu culture, including the old and young wearing traditional regalia.

“It’s a joyous occasion, the beginning of a new era,” explained Sihawukele Ngubane, a professor of African languages at the University of KwaZulu-Natal and an expert on Zulu culture.

“The apartheid-era government bestowed the certificate to the king back then. This time we expect our king to wear his traditional garb because we now live in a democracy and there’s absolutely no obligation for his majesty to wear British-inspired clothing.”

A fifth of South Africa’s population is Zulu – the country’s largest ethnic group -and its monarchy has a yearly taxpayer-funded budget of more than $3.6 (£3.2m).

It is the money that tends to put South Africans off royalty – given the country has eight monarchs officially recognised by the government, all funded by taxpayers.

Many question the seemingly lavish lives that some of the traditional leaders lead, with luxury cars and large properties.

The state coronation comes two months after a traditional one that took place for King Misuzulu at KwaKhangelamankengane Palace in KwaZulu-Natal province – with festivities attended by thousands of people.

The Zulu royal household receives one of the biggest budget allocations, though KwaZulu-Natal’s provincial government states that this money is not just spent on the family – it also covers staff salaries, maintenance of palaces and programmes that deal with traditional ceremonies and social cohesion.

Many South Africans hope the new monarch – as he did last month – will continue to publicly back causes like addressing the fight against gender violence in a country that has one of the world’s highest rate of rapes and sexual assaults. Kazakhstan Resumed Celebrating Republic Day After 13 Years
India vs South Africa: Going to be an exciting contest between Virat Kohli and our pacers, says Aiden Markram