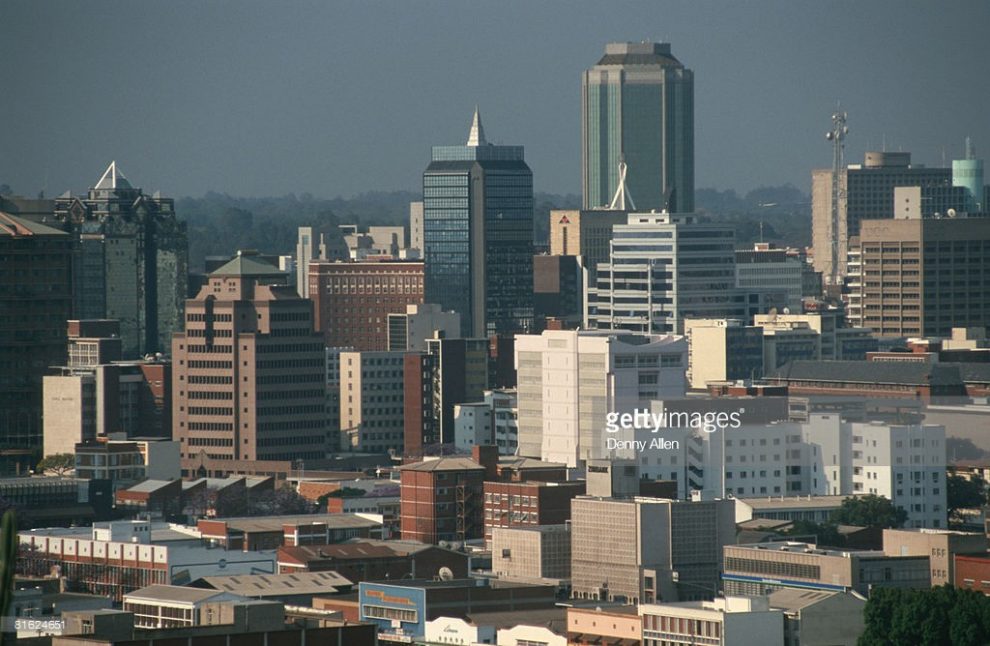 When Zimbabwe’s then vice-president, Kembo Mohadi, allegedly assaulted his estranged wife in 2019, and threatened her with an axe, the case brought to the public eye the issue of gender violence in a country where researchers say domestic abuse remains underreported.

Earlier that year, a woman was not as lucky as Mohadi’s wife, who lived to narrate her ordeal.

The woman in Silobela, in the Midlands, about 280km from the capital Harare, was hacked to death with an axe as she slept by her husband who accused her of taking contraceptive pills without his knowledge.

For gender rights activists, the Mohadi case was time for the country to reckon with violence against women, not just on the domestic front but also in politics, where women have been targets of brutal assaults be it in intraparty jockeying for positions or national elections.

Some researchers have said violence against women is one of former president Robert Mugabe’s lasting legacies. He is widely blamed for presiding over the country’s political and economic decline, said by researchers to have provided tinder for gender-based violence.

“The 2008 election is one of many horrific episodes in Zimbabwe’s history in which  hundreds  of women — female supporters, sympathisers and relatives of MDC members were subjected to rape, for ‘voting wrongly’,” reported Aids-Free World, an international advocacy organisation.

Five years after Mugabe’s ouster, and with the country’s economic hardships showing no signs of letting up, rights activists and mental health professionals are concerned about what they see as a parallel escalation of gender-based violence.

In recent months, the country has recorded the murders of young women at the hands of their estranged lovers, with mental health researchers and the police trying to piece together the triggers of what have become regular femicide incidents.

In a widely circulated video last week, a man films himself as he shoots and kills his estranged 22-year-old girlfriend.

The incident reportedly happened in Bulawayo.

According to communication from the perpetrator that he sent alongside the murder footage, he was bitter that his girlfriend had decided to end their relationship.

In July, a 29-year-old man in Harare shot his former girlfriend in the head after she broke off the relationship after a series of physical abuse complaints by the murder victim.

Gender rights activists point to the economic crisis as fuelling the scourge of child marriage.

Firearms have been used in some of the most brutal gender violence cases, raising questions not just about the safety of women in abusive relationships, but also how the proliferation of both licenced and unlicensed firearms is being turned into deadly instruments to perpetrate gender based violence.

These accounts continue against the backdrop of the country’s efforts to address gender violence, with Zimbabwe being awarded the United Nations Spotlight Initiative Country Programme last month.

The programme seeks to eliminate all forms of violence against women and girls.

“The legal and justice system needs to intensify efforts to address reporting mechanisms, arrests and subsequent investigations and prosecution of GBV cases,” said Sitabile Dewa, executive director of the Women’s Academy for Leadership and Political Excellence.

“There are loopholes in the legal system that perpetrators use to evade arrest and prosecution,” Dewa said, as women reportedly withdraw cases against their abusive partners, only for the abuse to continue.

Last year, the government announced in its Zimbabwe National Drug Master Plan, that because of the tough economic atmosphere, the country was facing an increase in cases of depression, stress and mental health challenges.

This in turn, Dewa says, has cascaded to domestic tensions.

The health ministry estimates that up to 1.3-million people have mental health problems, citing economic hardships as one of the major triggers.

Economic indicators show that Zimbabwe has witnessed worsening living standards after the ouster of Mugabe from office in November 2017, and the toll on traditional breadwinners is being felt by dependents on the receiving end of gender violence.

Inflation has soared in recent months with, for example, civil servants agitating for salary adjustments alongside a burgeoning informal employment sector.

“I believe the major drivers of GBV are socio-economical,” said Herbert Zirima, a behavioural science professor at the Great Zimbabwe University.

“Generally, men in our communities are economically more empowered than women. Some men then take advantage of that economic strength to physically and psychologically abuse women,” he said.

As authorities struggle to tame the economic downturn, the country finds itself facing a raft of social aberrations, in what Zirima says had led to “a propagation of harmful practices”.

“Socialisation sometimes plays a part. Some men have been socialised to believe that the best way to resolve conflict is to use force,” he said.

Even though the government is setting up One Stop Centres across the country as part of efforts to provide protection and counselling services to women, officials acknowledge the economic hardships are slowing efforts to combat gender-based violence.

“We have seen a sharp increase in gender-based violence against women especially since the onset of Covid-19 which affected people’s incomes,” said Vaida Mashangwa, a senior director in the ministry of women’s affairs.

“But we are also seeing an increase in women killing their partners over issues such as infidelity which is beyond the economic pressure seen as one of the major drivers of gender based violence,” Mashangwa said.

In a June statement, national police spokesperson Paul Nyathi raised concerns about what he said was a rise in murder cases “arising out of lovers’ differences”.

According to the Zimbabwe National Statistics Agency, up to 40% of women aged 15 to 19 have been subjected to physical and sexual violence at the hands of their intimate partners in the past 12 months.

In an October dispatch, Afrobarometer said Zimbabweans considered gender-based violence as the most important women’s rights issue ahead of women in influential positions in government and access to education for women.

But the apparent increase in GBV cases could be because more women are coming forward to report being abused by their intimate partners, Mashangwa said. “Government has set up helplines to encourage women to report their cases without fear of repercussions from their abusers.”

As the country heads towards the 2023 polls amid extreme economic hardship, violence against women remains on the radar, stalling the few gains made towards addressing gender-based violence.

Last month, women were stripped naked and beaten in Matobo district just outside Bulawayo during a Citizens Coalition for Change campaign by suspected ruling Zanu-PF supporters despite numerous calls for violence free elections.
United Nations Women has warned that “violence against women and girls remains prevalent in Zimbabwe”, noting that this has slowed efforts to achieve sustainable development goal five which seeks gender equality and the empowerment of women and girls.